Verdict: Author J. S. Law has worked on helicopters, ships and towards the end of his naval career, submarines. He now works providing nuclear training and education to the defence and civil sectors. Tenacity is his debut novel and the first in the Lieutenant Danielle Lewis series. A brilliant debut thriller. Breathlessly plotted. The perfect book to dive into this summer. ***** 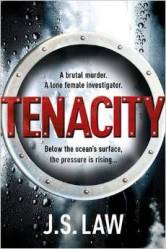 Here’s the official publisher’s blurb below:

Suicide must be investigated.

Especially when a Royal Navy sailor kills himself on a nuclear submarine, only days after his wife’s brutal murder.

Isolated, and standing alone in the face of extreme hostility, Dan soon realises that she may have to choose between the truth and her own survival.

Justice must be served, but with a possible killer on board the pressure is rising and her time is running out…

The Killing Lessons by Saul Black

Verdict: Possibly the best US thriller I’ve read since The Silence of the Lambs, and in Valerie Hart you’ve got a female protagonist to give Clarice Starling a run for her money too. A startling narrative from start to finish. Heart-stopping. ***** 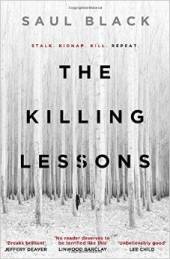 Here’s the official publisher’s blurb below:

When the two strangers turn up at Rowena Cooper’s isolated Colorado farmhouse, she knows instantly that it’s the end of everything. For the two haunted and driven men, on the other hand, it’s just another stop on a long and bloody journey. And they still have many miles to go, and victims to sacrifice, before their work is done.

For San Francisco homicide detective Valerie Hart, their trail of corpses – women abducted, tortured and left with a seemingly random series of objects inside them – has brought her from obsession to the edge of physical and psychological destruction. And she’s losing hope of making a breakthrough before that happens.

But the slaughter at the Cooper farmhouse didn’t quite go according to plan. There was a survivor, Rowena’s 10-year-old daughter Nell, who now holds the key to the killings. Injured, half-frozen, terrified, Nell has only one place to go. And that place could be even more terrifying than what she’s running from.

Copywriter, crime writer, comedy writer and editor. We're Going on a Bar Hunt, The Very Hungover Caterpillar, The Teenager Who Came to Tea, The Fight Before Christmas, Come Together, Shabby, Hunted, Wanted, Switch It Off! and Shabby - A Very British Lifestyle, out now.
View all posts by Emlyn Rees →
This entry was posted in Uncategorized. Bookmark the permalink.