Brilliant! Blue Steel beer exists. But can it make you look like Zoolander? 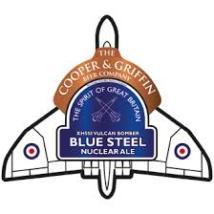 One suspects that the brewery responsible, Cooper & Griffin, are utterly unaware of the the iconic Ben Stiller fashion industry parody, Zoolander, in which ‘Blue Steel’ is the coveted ‘look’ that male model Derek Zoolander has been perfecting in secret for many years before unleashing it at the end of the film on a grateful world.

Here’s what the brewery has to say about their Blue Steel:

“Steel yourself for this refreshing blonde ale. The blend of Galaxy, Summit and Cascade hops provides this ale with citrus and exotic fruit flavours. Blast your taste buds into the heavens!”

And here’s what Mugatu (played by Will Ferrell) has to say about Derek Zoolander’s Blue Steel:

“SHUT UP! Enough already, Ballstein! Who cares about Derek Zoolander anyway? The man has only one look, for Christ’s sake! Blue Steel? Ferrari? Le Tigra? They’re the same face! Doesn’t anybody notice this? I feel like I’m taking crazy pills!”

But the real question is: can drinking Blue Steel make you look like Derek Zoolander?

There was only one way to find out. 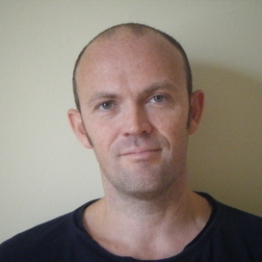 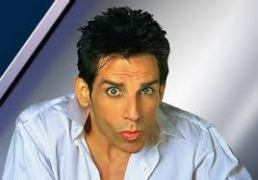 Copywriter, crime writer, comedy writer and editor. We're Going on a Bar Hunt, The Very Hungover Caterpillar, The Teenager Who Came to Tea, The Fight Before Christmas, Come Together, Shabby, Hunted, Wanted, Switch It Off! and Shabby - A Very British Lifestyle, out now.
View all posts by Emlyn Rees →
This entry was posted in Uncategorized and tagged Blue Steel, Cooper & Griffin, Emlyn Rees, Zoolander. Bookmark the permalink.

2 Responses to Brilliant! Blue Steel beer exists. But can it make you look like Zoolander?